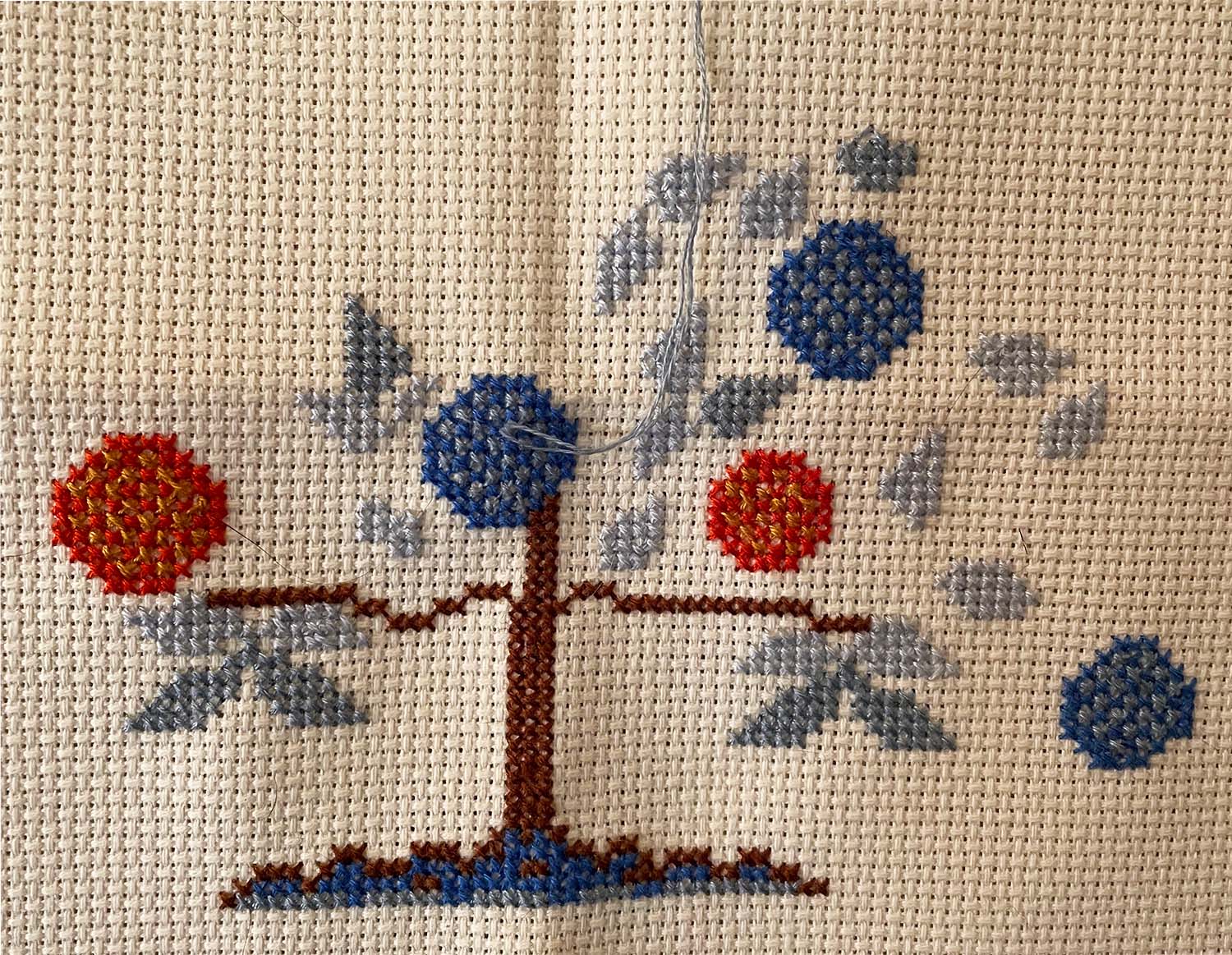 Cross stitch of Hannah Cohoon's The Tree of Life.

Returning home from the basilica by way of one moving walkway past a saint, three cabs, one fight, and one flight, she became hot, then anxious. She decided to pray the rosary.

She remembered what Mary likes: that those who return to Her, after a long absence, ask for something big. She promised Mary that, if She cured her IBS, she would quit having heterosexual sex.

A wave of contractions came with the last amen, and she shat. For days, this shitting continued, taking her to the hospital.

Mary explained that She was purging her body of the bad. She recovered, perhaps more with the help of antibiotics than of god’s Mom.

Returning from the hospital by way of two cabs, one night, and one flight, she arrived in Montreal, where her stomach was better than it had been in many years. Here, she shat only in the morning.

She went for long walks without bathroom anxiety. Returning home by train, she called the man she was seeing to break up.

She dreamt that she was staring at a minimalist abstract expressionist painting in mostly grey, dripping lines. It was “as if Pollock had revised the final draft of an Agnes Martin.”

Looking at it, she understood that she “was not a woman.” In the dream-within-a-dream, she woke up happy to describe the dream to a lover.

They reminded her that they had sent her the painting. She was embarrassed she had learned about herself from them.

But she woke up again, still within the dream, to realize they hadn’t sent her the painting—in fact, she had learned about it from her students. She felt better, having learned from teaching rather than from wanting.

She woke up for real and tried to find the painting on the internet, but it did not exist yet. 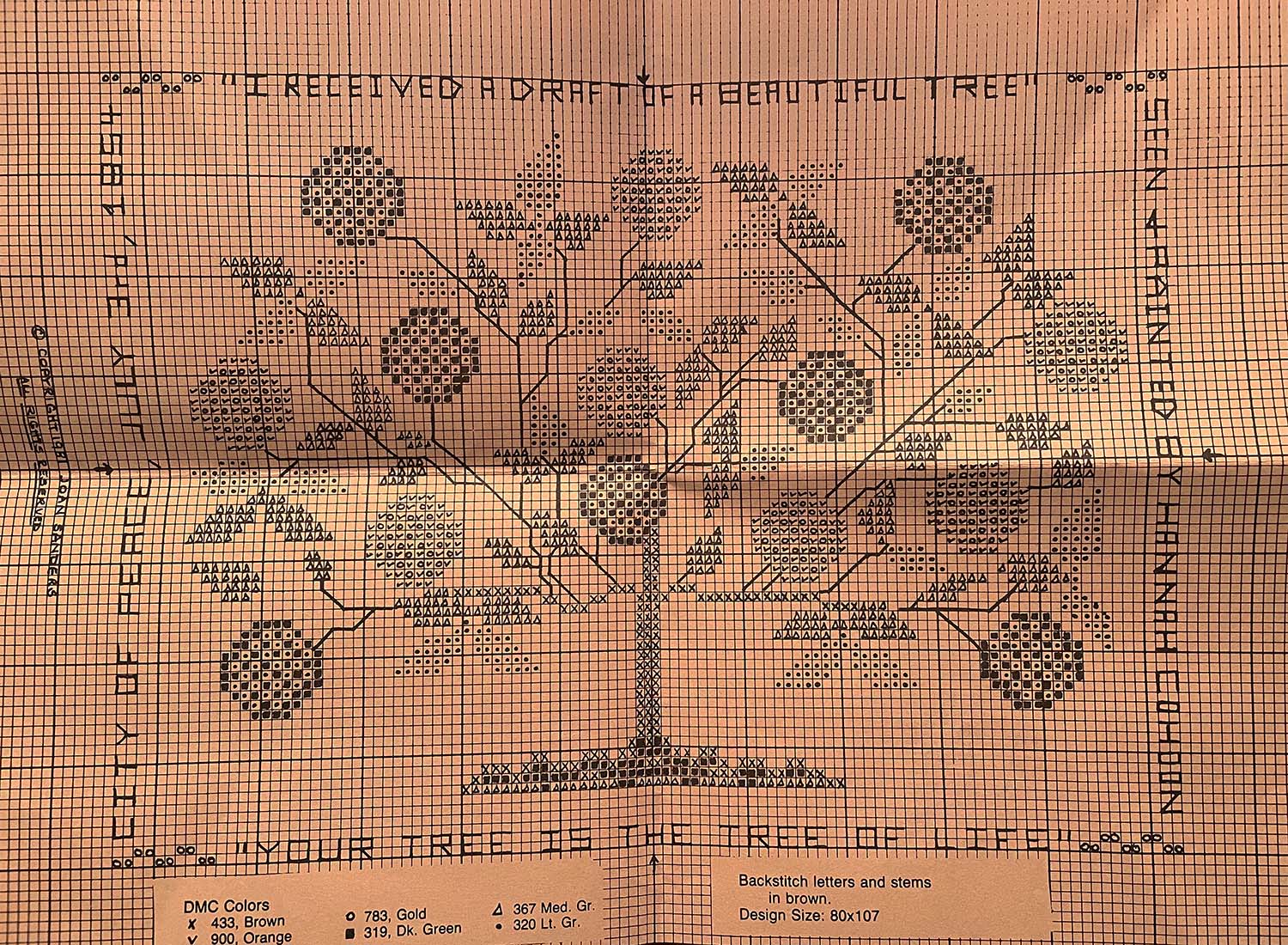 Hannah Cohoon, like other Shakers in the Era of Manifestation, made "gift paintings," documentations of visions they received from God. Unlike others in her community of artists, though, Cohoon signed her works, and she framed her visions as "drafts" that invited her to improve upon them.

She dreamt she was searching for her crush at an unpleasant surprise party, hosted by mysterious acquaintances, in a large, bright, gallery. The art comprised enlarged collages of her childhood journals.

When she had almost found the crush, someone came to tell her a “singing rose” was waiting. She walked toward glass doors at the party’s entrance, where a delivery person handed her a single rose and sang a prophecy: “Return to the homeland of the one you love and join the family business.”