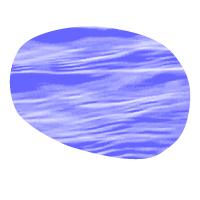 The open ocean changed my life.

Leaning to the water, song spilling out of my mouth, have u ever been / more present. An endless horizon, ten different kinds of sunsets, a tide line and a flying fish. Staring silently into the waves, watching the moon, clouds, stars, water, sargassum, the patches getting bigger farther northeast. Cerulean flex / this means the world to me. Gulf stream, three pieces of plastic, ego death.

a look into the sargasso sea

Many people hoped the sunflower stars were taking refuge in the deep water. That they were dwelling in the benthic zone, like the cold-water corals that live in the Cordell Bank off of the coast of California.

i don’t feel unsafe, just kinda untethered
bc my tether is asleep

“is my heart in it?” my heart’s not
in anything but my sock

Somewhere between Greenland and Scotland, rather than in the Labrador Sea off Turtle Island as expected

If you go barefoot in wet for four days you may end up feeling like I do, a waterlogged turtle padding around on a hard surface 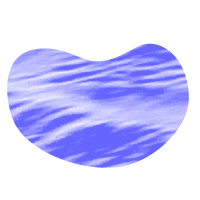 THERE ARE SO MANY WAYS FOR CAPITALISM TO HATE WOMEN

have i gotten weaker or has the sun gotten stronger?

i swear 2 the dogs i’m tough

“Calculating the emissions from 0.54% of the wealthiest of the global population, according to our estimates, results in cumulative emissions equal to 3.9 billion tCO2e per year. This is equivalent to 13.6% of total lifestyle-related carbon emissions. In comparison, the world’s poorest 50% are responsible for about 10% of lifestyle consumption emissions.”
– Otto et al. (2019)

these last 2 weeks have been a window

“Policymakers have severely underestimated the risks of ecological tipping points […] a study […] shows 45% of all potential environmental collapses are interrelated and could amplify one another.”
– Jonathan Watts (2018) 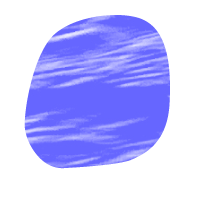 is there anything better than swimming naked in a moderately warm ocean out to a tiny dock where u are the only one sunbathing, looking down at the water, your hands in it, and out at the horizon, a buoy, ships passing

Since 2009, Dow Chemical and the American Chemistry Council have spent $14 million and $5–13 million U.S. annually, respectively, lobbying to NOT regulate plastics

A quick look at the ocean floor. Lifetime piling up. Plastic after plastic, marine snow.      Whose bodies? / sink into a space of closeness

I’m crying on a bridge across a sound again


it’s impossible to think that a life could just stop.
or that a certain series of receptors could cease to register

i don’t have any problems with the bus

i always do the most walking on the least sleep

i’ve never been afraid in the ocean

that note about my tether being asleep

watering the earth with a can of coors light & other rituals

“The idea of safe levels is based on the notion there is endless capacity for all pollution to be diluted. But you can’t keep adding persistent and bioaccumulative chemicals to a finite body of water and expect it to simply disappear. Pollutants interact and concentrate, some never break down and many end up at the top of the food chain in apex animals such as orcas and sharks.”
– Joanna Immig and Dr. Mariann Lloyd-Smith (2019)

“Fluorocarbons matured in the churn of the Second World War, transforming from laboratory chemicals into mass-produced materials in a matter of years. After the war, fluorocarbons became the silent enablers of the 20th century’s greatest technological achievements—the bomb and also Teflon, the stuff of convenience cookware, spaceflight and implantable medical devices. Today, these fluorocarbons persist as legacy chemicals prevalent in water systems serving hundreds of millions of people around the world. So extreme is their persistence that science has yet to determine an environmental half-life—the point at which the environmental load would otherwise halve.”
– Rebecca Altman (2019) 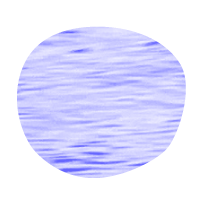 crying at the polar conference

not so much going into archives as coming out of them

oh nothing just carrying some rocks around again

i’m not sure i can make it to the river

i dropped off the face of the earth

it’s like having the flu for ten months straight

“it’s just an anxiety response,” i say
it doesn’t make me or my existence any less anxious

arbetar baklänges
cease to be part of the picture 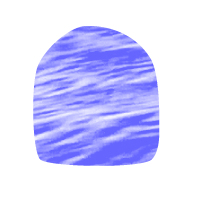 Another day, another premonition

trying to look into the ocean
with no sense of scale

no cities
no gulls

the ocean is the most lucid sociologist

A hole or a box

A country is like any other fiction. Contaminants cross borders via streams via rivers via the grasshopper effect that literally sends them leaping from the Earth’s surface into the atmosphere in the directions of the poles until they wind up concentrated in the polar regions. Lock me in a box and tell me I’m not worth it. A container or a sinking ship / stalled outside the Port of Long Beach.

The U.S. military is the world’s biggest polluter.

“[T]he U.S., which has conducted more nuclear weapons tests than all other nations combined, is […] responsible for the massive amount of radiation that continues to contaminate many islands in the Pacific Ocean […] Inhabitants of the Marshall Islands and nearby Guam continue to experience an exceedingly high rate of cancer.”
– Whitney Webb (2019)

lagoons overflow into the ocean

Maya Weeks is a writer, artist, and geographer living and working on unceded Chumash land.